What Our Winner
WINS... and more

Congratulations to Sam Cole! "Just Shy of 50" was selected by our judges (including our star, Dean Cameron, and our friend/actor/director, Milena Govich) as the winner of our second competition. The decision was not easy as there were several great entries. Finalist Lyndsay Sarah Doyle was a very close second. Thanks again to everyone who entered and for sharing your creativity with us.

Honorable Mentions
We thought your efforts deserved a mention as well, but
FilmFreeway didn't have a way to let you know that your
script had earned an Honorable Mention... so here is
your notification!
Farzad Ahmadi
Montgomery Burt
Lucas Diercouff (1st entry)
Christopher Kerr
Kristy Leigh Lussier

1) Their script gets produced.
2) They earn money for being the film's writer (call it a cash prize if you wish). The amount is based on what we pay the SAG actor day rate for the film which is $125.
3) They are named a producer on the film, giving them the right as writer/producer to enter the film in whatever festivals they wish.
4) HCSSC will enter the film in a few festivals and pay the entry fee for those festivals. Also, we'll be reaching out to other festivals to partner with us and perhaps waive entry fees for the winning script's short film to be entered in their festival.
5) There is potential that there will be a private screening in Los Angeles of the film once done. If the budget for the winning short allows, an airline ticket will be purchased for the writer to be present at the screening so that cast and crew can have the privilege of meeting our winner. 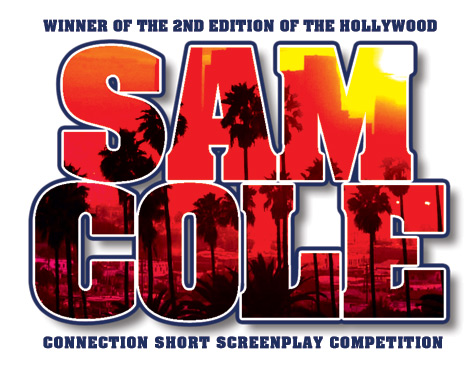